In 2010,  Jacky Liew firstly introduces the Malaysian cuisines categorize as “Malay Archipelago Delicacies of Nanyang Cuisine” and systematize it into five major ethnic groups according to their race, language family, geography and other characteristics.

The another two unique ethnics, they are：

These two of unique ethnics still maintain their own culture after intermarriage with the local ethnic group. They can also see a strong foreign style in their diet. They are neither Muslims nor primitive inhabitants, but they are granted the “Bumiputera” status by the Malaysian government. This is the exact opposite of Baba and Chitty. This is a very special case in Malaysia. Because the population is less than 100,000, it is not widely spread, so it is not included in the mainstream cuisine.

Under such a rich history of Malaysian cuisine, it is natural to lay the backbone of Malay cuisine with a large number of races, languages and populations. After integrating the separate cookings of various ethnic groups and the aboriginal and aboriginal people, it is only Malay. The languages spoken by the people, the indigenous peoples of East Malaysia Sabah and Sarawak belong to the North Borneo language family, which are different from the Austro-Asian and Austronesian languages of the indigenous people of West Malaysia, and the cuisine is also different. The indigenous cuisine of West Malaysia is the original Malay world flavor. It is an ancestor who was in the Malay Peninsula earlier. Unlike the Malay-Deutero people later laid this foundation and add the spices seasoning which from the Malay World.

Chinese cuisine is tolerant of southern Chinese cuisine’s native place or re-creation, Indian cuisine has a combination of more south than north cuisine, and a profound combination of the Muslim rule of the origin of India and the profound influence of the British colonial culture. As for Indian Muslims and Ma, the Nyonya cuisine that is racially differentiated is included in Kitty, together with the indigenous Portuguese Eurasian “sub-ethnic cuisine” [10] At present, most of them are almost remnants and lost, and they are forcibly included as “Malays” or “Muslims” under the Malaysian policy. As a result, the population has not increased but decreased, and the tradition has not been able to continue, forming a crisis of genocide.

The diversified Malaysian cuisine includes spices from the Malay world, Cantonese and Fujian cuisine from the Chinese culinary kingdom, cuisine from the ancient civilization of India, and foreign flavors from Western colonization. They represent different races, foreign factors, and social structures, so they have a diverse dietary culture. This condition for building a huge system, as the Malaysian cuisine in the co-creation of Nanyang cuisine, and this system with the Malaysian archipelago that integrates the flavors of various countries, how to promote this excellent food paradise to the world in order to face the new soft culture economy compete. Eater is convinced that if he wants to become the pearl of Malay in the eyes of the world and win a favorable position for Malaysian food culture, he needs to draw special symbols on Malaysian food and position it “Nanyang Malaysian cuisines of various ethnic groups“ are famous and go hand in hand with the famous dishes of other countries in the world, creating a true Malaysian food paradise.

To indicate the Malaysian cuisine in the Southeast Asian cuisine is equivalent to the lofty status of the Eight Geographical Cuisine in China, and more appropriately, it should be named after the language used by various ethnic groups in Malaysia Cuisine. Because of the lack of genre, the origin of cuisine is defined by race, geography, Malay, Chinese, and Indian. “Nanyang” is not only related to migration to Southeast Asia, but also deeply affected by the Southeast Asia region. The influence of the Malay Archipelago in China will come back to my country to trade with the ingredients, seasonings and spices carried by the Southeast Asian countries. As for the Malaysian cuisine that matches the flavor of “Malay Archipelago cuisine“, it has since been developed by the surrounding island countries, the Malay world’s customs, products, people’s customs, cooking, and tastes. So that each state presents a regional style, and summarizes a unique “fusion cuisine“. Whether it is a combination of Chinese medicinal materials, Malay herbs, natural plants, Indian spices and Western seasonings, they are unique to our country. Compound flavor type Heavy spice, fragrance, good spicy, with aroma tonic, integrated Flavor-famous Malaysian cuisine[11]，and named it as “fragrance cuisines”[12].Participate in this area comparable to the world, and hope that the quality and acceptance of food will be internationally recognized as the value of food, surpassing the soft power of other countries to transform into real tourist cuisine, achieving the role of protecting the country’s cuisine, expanding the national economic barrier, and building a global market for Malaysia Chemical flags. This is the reason why Jacky Liew decided to set “Southern Asian cuisine”, a Malaysian cuisine influenced by the flavors of the Malay Archipelago.

Prior to this, the Malaysian cuisine of the Malay Archipelago in Nanyang cuisine has not been mentioned, nor has it appeared in the domestic and foreign media or attracted the attention of scholars, as a preservation of the inheritance and positioning of related recipes. It wasn’t until 2010 that Jacky Liew’s book Truly Nyonya Malacca was officially labelled. It was because of the popularization of awareness in the world, it was impossible to distinguish between Asian races. It is as simple as the classification of Nyonya and Chinese. Pulled tea or Indian pancakes are often mistaken for Malay creations, not to mention which race is being eaten or the food of a certain Chinese origin. Even Malaysia and Singapore are only common. There was an original dispute between gourmet food and patents. Gein’s food has the same origin. If you study carefully, Malaysian cuisine is far from neighboring countries. In order to permanently solve the problem of Guangdong Yusheng, Hainanese Chicken Rice, Bak Kut Teh and even the hawker culture that the Nanyang Chinese recreated their cuisines, one cannot help but ask, are these delicacies that migrated with Chinese sages really the origin of Malaysia? As far as our country is vast, rich, diverse, terroir, people’s sentiments, and living customs are very different from Singapore’s geographical density, behavior, and thinking, as a culture, there are various forms inside, but must be manifested outside. Food must also go through a long period of incubation. It will then form a national or national cultural history. From the selection of ingredients in the two countries, changes in cooking to development, they have their own faces. It’s just that there have been no scholars to really study Malaysian products, resources, and understand the history of Malaysian food. Blindly and narrowly as a restaurant, a delicacy created by the field legends will be used in a big way, and it will end up in a dilemma that everything is inferior to humans. Therefore, Jacky Liew has to clarify the food positioning of Malaysia and neighboring countries or more accurately point out the classification of the food culture.

According to the academic distinctions of the three highest-level royal families, the most primitive cuisines of West Malaysia and East Malaysia aborigines, and the cuisine of Siamese in Malaysia. Natural herbs, lack of plant seasoning, primitive tribal cooking, and even migration to a certain ethnic kitty, a combination of Malay, Chinese and Indian culture, the residence can be a tall Malay house built in the style of Sumatra Minangkabao on the roof, Chinese red lanterns are hung outdoors, and Indian gods are worshipped indoors, but the black and white photos of Chinese ancestors or gods’ cards are placed next to the altar. They believe in Hinduism, but they wear Malay sarongs and Kobayas. On the left and right, the face looks like Indians and Malays, and the whole is like Peranakan. They communicate in Malay mixed with Chinese dialects, such as “hybrid culture”, and they speak Malay with the natives of Baba, with the native language of Chinese nationality. , Common in food, clothing and life are full of elements of shared coexistence. Even Malaysians who are born and raised in Malaysia cannot tell the reason for this. How can foreigners recognize who is whose culture? In this melting pot of Malaysia, there are too many similar and specious cross-cultural miniatures, not only food, culture, identity, and life after adapting to each other. This is also the most unique attraction of Malaysia. Therefore, it is necessary to separate the cuisines to “correct their names,” so that “multicultural” will not become a culture without cultural characteristics, and it will not show the ethnic culture of Malaysian cuisine.

The original text is the abstract of the Thesis paper published by the author Jacky Liew at the 2011 China International Symposium, which is included in the Symposium Paper Library 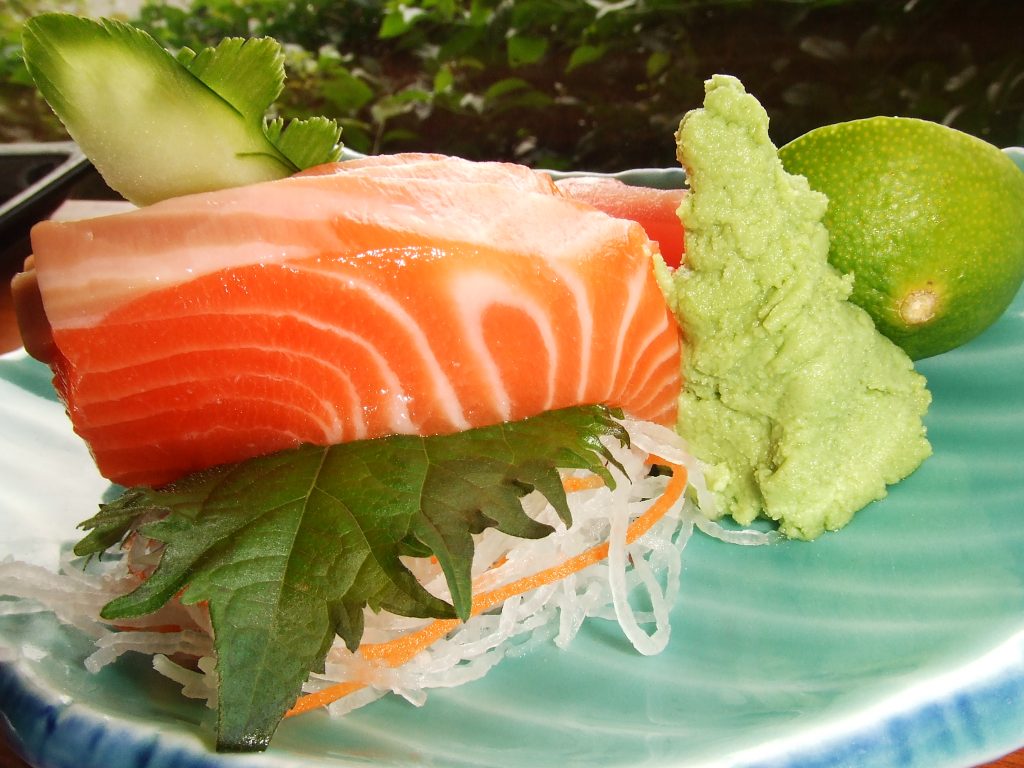